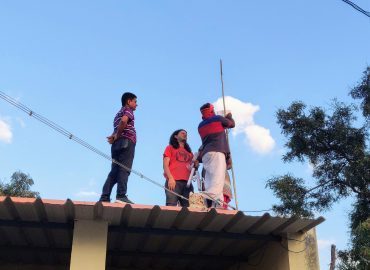 Nepal is a landlocked least developed country, and according to the International Telecommunication Union, less than 20% of its population are online compared to 87% in developed countries.

While connecting some of Nepal’s most remote places isn’t easy, two community network projects are case studies of how it can be done. They are Wireless for Communities (W4C) Nepal and Rural Communities Access to Information Society (RUCCESS), both supported by the Internet Society.

Community networks are networks built, managed, and used by local communities. They are often established in rural and remote areas that are not commercially viable for Internet service providers (ISPs). The networks are often built using low-cost WiFi equipment and unlicensed spectrum bands to interconnect members of the community and improve their lives.

W4C Nepal was launched in the aftermath of the Gorkha Earthquake in April 2015, in partnership with the Nepal Wireless Networking Project, an initiative of Mahabir Pun, an Internet Hall of Fame recipient and winner of the Ramon Magsaysay Award.

Using wireless networks, all powered by solar panels as the villages are off-grid, the initiative connected 12 schools and 3 health clinics in 14 remote villages in the Gorkha, Lamjung, and Sindhupalchok districts. All the villages did not have prior access to broadband connectivity.

Shared devices were provided to some of the health clinics and schools to aid Internet adoption in the villages. The health clinics were connected to the Kathmandu Model Hospital to provide telemedicine services. In the schools, the computers were installed with Nepalese-language educational content and an e-library of 7,000 books developed by Open Learning Exchange Nepal. Rural Innovation Labs were established in three of the villages to encourage technical and scientific innovation.

RUCCESS is an initiative of the Beyond the Net Funding Programme, implemented by the Internet Society Nepal Chapter in partnership with the Forum for Digital Equality. The initiative has established three ICT-enabled Community Learning Hubs in rural villages of Dhading, Sindhupalchok, and Dolakha districts that had previously inadequate or no connection to the Internet.

The initiative covered two years of payment to the ISP for broadband Internet connection and equipped the Community Learning Hubs with ICT equipment such as computers, photocopiers, printers, and scanners, as well as a solar power system for back up. The initiative also provided training to operators of the Community Learning Hubs and to community members on using the equipment and using the various Internet applications and services such as social media and instant messaging, online payment, and e-government, and e-commerce services.

Rom Kant Pandey, Acting President of the Internet Society Nepal Chapter and the Project Coordinator of RUCCESS also share that community network sustainability is a challenge. The RUCCESS project team envisioned that the Community Learning Hubs would be able to generate revenue through the ICT services they offer to cover Internet costs and other operational costs. However, over time, as communities are able to purchase their own devices and mobile data, this has significantly affected the revenue generated by Community Learning Hubs.

The operators of the Community Learning Hubs need to constantly engage with community members to understand their changing needs and demands, keep up-to-date with emerging technologies, and creatively adjust their services accordingly.

This article is written by our Program Officer: Mr. Ananda Gautam and it was prior published on Internet Society 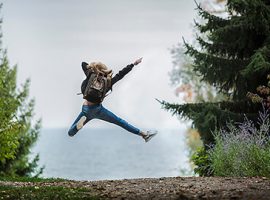